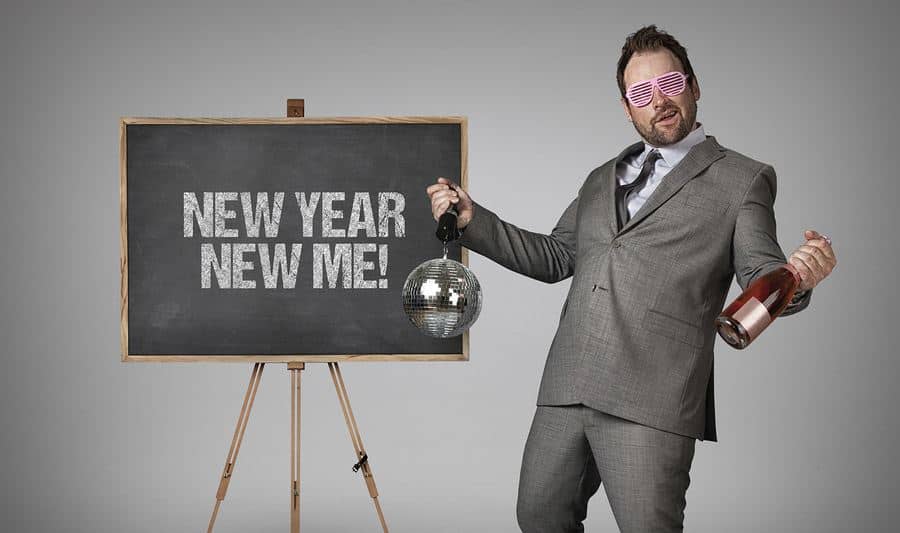 Can you keep your new year resolutions?

It’s a brand new year and many of us will have resolved to make changes this year: to “get fitter”, “lose weight”, “be more confident”, “have a better work life balance” or “get a new job” are typical examples. If you have made new year resolutions, you’ve probably made a good start on them, but after the first 3 or 4 weeks, a good number of us will start to let things slip and by Spring, according to research by Professor Richard Wiseman of Hertfordshire University, 88% of our resolutions will be distant memories – at least until next new year’s eve.

Whether our resolutions are work-based or personal, why do we find it so difficult to change our behaviour and move from wanting to do something to actually doing it?

Why is change so hard?

The fact is, that with the exception of some common characteristics (for example, we all tend to become more mature and confident but also more careful and set in our ways as we get older) most of us don’t significantly change our behaviours or personality during our adult lifetime.  Conscious change is difficult and so attempts to alter the way we behave or think often fail. The situation is made worse because we often overestimate what we can do, or underestimate how difficult it will be.

We also tend to be unrealistic about what we can achieve in a short space of time. I was given a ukelele recently and was excited to learn something new. Probably because I was a professional musician many years ago I thought it would be easy enough to pick up and that I’d soon be joining the Ukelele Orchestra of Great Britain, but it was harder, for me, than I expected. I quickly became disappointed by my slow progress and so it soon went back in the box.  I was unrealistic to think I’d be that good so quickly.

There are any number of reasons why we fail, but a couple of common ones are that our environment may work against us, or we don’t plan properly for the change we desire. A friend announced on January 1st that, after the Christmas excess, he wouldn’t be drinking until his winter holiday later in the month. That sounds reasonably straightforward but he hadn’t thought through that he was going to his best friends’ party on the 4th. So when I spoke with him last night his plan was in pieces. Many people resolve to spend more time at the gym, but now that we’re all back at work, “stuff” can easily put paid to our plans.

How can we make change stick?

If you’re determined to keep your new year resolutions (or make any major change) you can be successful, but it’s not easy and requires determination and effort. Here are six strategies for helping you to succeed:

1: Make the decision and plan it properly

Be totally clear about what you want to do and why. Many of us fail either because our heart isn’t in it, it’s not important enough to us, or things get in the way. If it’s not important, don’t do it. If, like my friend above, there are events coming up that will make it impossible for you, delay starting until you can do it without interruption (although many will say you should start immediately). Be realistic about what you can achieve.

2: Focus on one resolution or change
You’re much more likely to be successful in making change if you focus on one thing at a time. Regardless of your multi-tasking abilities, you have a much better chance of success if you work on one thing at a time. So decide whether losing weight or stopping smoking is more important and do one, rather than both at the same time. There’s an old Native American saying: “If you chase two rabbits then you’ll lose them both.”

3: Break the goal into chunks
A resolution to “lose weight” or “get fitter” is likely to end in failure. Broad, vague objectives like this tend to start well but soon fizzle out. So the trick is to be specific about the goal but to break it into manageable chunks. You’ll likely be familiar with SMART objectives at work and the same idea applies to change in your own life. So if your work objective is to win more new business than last year, setting a specific goal of making three new business calls every day is far more likely to have a positive  result. If you want to lose weight, focus on losing 1-2lbs a week rather than thinking “I have to lose 2 stones”. Don’t resolve to “be a more effective boss”, be specific about what specific behaviour you want to change.

Measurable, timed and realistic goals are the way forward – so I’m getting my ukelele out again and with a clear plan of what I expect to learn each week.

4: Develop a habit for the change you want
“We are what we repeatedly do”. Aristotle knew the power of repetition and it holds strong today. Of course, we all have bad habits and these are things that have developed over time. Similarly, we can develop good habits through repetition. Views vary on how long it takes for something to become a habit, but 21- 28 days is typical for something that is fairly complex. Whether that is getting up and to the gym early, making those 3 new business calls or learning two new chords each day, doing the same thing every day for three to four weeks will go a long way to embedding  that behaviour and change will occur.

5: Share your goal with someone
You’re much more likely to succeed if you tell others what you are doing, whether it’s your spouse, a close friend or a professional coach. Not only will you be more disciplined and determined but the support you receive from others is a great help when things get tough – which they inevitably will. Richard Wiseman’s research suggests that women, who are generally more reluctant to “go public” with their resolutions, are 10% more likely to keep those resolutions if they tell family and friends. Women also respond better than men to encouragement during the hard times and have a tendency to see problems as a temporary setback rather than a total failure.

6: Don’t give up
Expect to have setbacks – you simply can’t change behaviour overnight. But if the proposed change is important to you, then work hard at it and persist until your new behaviour is natural – it’s worth the hard yards. Record your progress and reward yourself for success regularly and you’ll soon notice the difference.

Lasting change is hard to achieve but it can be done. You’ll need to be realistic about what you can do and create an environment where you can make small changes every day. If you enlist the support of friends, or a professional coach, then you have a good chance of succeeding. Make this the year that your new year resolutions stick.

What’s your experience of change? Can you keep your new year resolutions? Have you made any? What tips do you have for success?

Leadership coaching topics: the most common leadership challenges
Sales training for technical specialists
How do we plug the creative skills gap?